The U.S. beef industry has instituted a producer-initiated Beef Quality Assurance (BQA) Program that is focused on production practices that ultimately impact product safety. Implementation of these programs demonstrates to consumers, both domestically and internationally, that the U.S. industry is committed to produce the safest and most wholesome products possible.

Beef carcasses are classified into yield grades and quality grades which are determined by a USDA grader. Yield grades, a numerical score of 1 to 5, are an estimate of the percentage yield of boneless, closely trimmed retail cuts from the chuck, rib, loin and round primals.

The quality grades most commonly sold in the international markets are Prime, Choice and Select. Also, marketed internationally is a classification “No Roll” or Ungraded, which refers to product that has not been graded.

The “First Come First Served” or “newer” quota established at 48,200 MT at zero duty.
The “Hilton” or “older” quota established at 11,500 MT at 20 percent duty. U.S. Department of Agriculture (USDA) certification of product in accordance to EU specifications defined for each quota is required. As of May 13, 2013 the European Union recognized 15 U.S. facilities involved in the export of HQB from the United States.
U.S. High Quality Beef (HQB) classification and eligibility for export to the EU is based on an MOU between the European Union and the United States. The U.S. Department of Agriculture’s (USDA) Food Safety Inspection Service (FSIS) is the competent authority in the United States authorized to sign the Certificate of Authenticity required under the MOU.

On July 13, 2009, the EU installed a new duty-free erga omnes import quota of 20,000 MT for fresh, chilled or frozen high quality beef (HQB), which first opened on August 1, 2009. This quota was part of the first step agreed to by the United States and the European Union in a Memorandum of Understanding (MOU) on May 13, 2009, based on the World Trade Organization (WTO) dispute ‘European Communities – Measures Concerning Meat and Meat Products (Hormones)’ (DS 26). This MOU provided for the HQB quota imports into the European Communities (EC) in exchange for the elimination of $116 million in retaliation duties applied by the United States to certain EC products, which were initially imposed in 1999 as a result of the WTO panel decision in the hormone dispute.

The MOU between the United States and the European Union stipulated that after three years, by mutual consent, the agreement would move to step 2 increasing the HQB quota to 45,000 MT in exchange for the U.S. eliminating the remaining retaliatory duties. 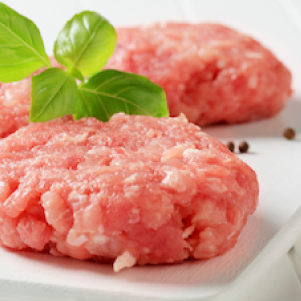